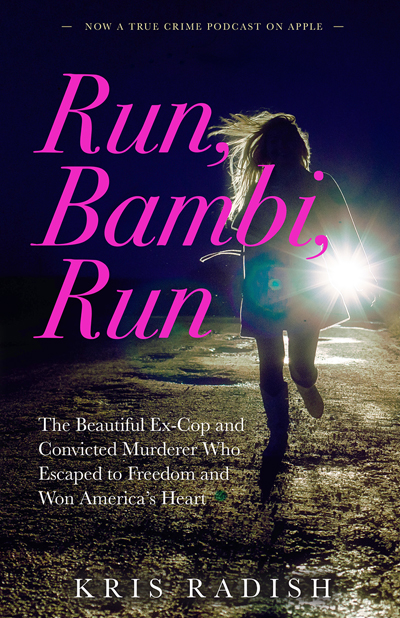 Now an eight-part Apple Podcast.
This is a story that continues to shock the nation!

Convicted killer Laurie “Bambi” Bembenek gained notoriety when she escaped prison and fled with her boyfriend to Canada. Then, as the details of her escape and life gained international headlines, millions learned what people in the Milwaukee area already knew.

But was this stunning ex-Playboy Club waitress, ex-cop, and unflinching feminist truly a killer-or was her arrest and conviction one of the most flagrant legal abuses in U.S. History?

Award-winning reporter Kris Radish spent years interviewing Bembenek and reveals intimate details about the case and Bembenek’s life. This is not just the story about a woman’s horrific murder but also the story about another woman who was judged by her looks, her intelligence, and who threatened the very foundation of a police department riddled with corruption, sexism, drugs, and sex.