Kris is a Cowgirl…

Time for some Radish Stories…there are so many! (and Lisa they may even be empowering!)

It’s high summer in the Wasatch Mountains of Utah and I’ve finally agreed to take a ride into the mountains with a cowboy who knows I am always looking for a story. He might also know I am a bit of a dreamer and a young woman who is enamored with the history of the West…and occasionally way too trusting, but unable to pass up an adventure.

It’s the late 1970’s and I’m still young and stupid enough to think that no one is going to try and shoot me on such a beautiful day or perhaps do something worse before that. Someone will try and shoot me later, well, actually this will happen a few times as well as numerous other horrid things that will wait for another story. Meanwhile, I’m on a pine-scented mountain high as I swing my leg over the bigass black horse and follow my friend up an almost invisible trail past civilization, and as I was about to discover…reality.

Back then the world above the treetops was a glorious and mysterious place only visited by sheep and cow ranchers and a few brave hikers. I’d hiked a few places up there but never too high and always with my dog and the gun my father had thankfully given me. This day my friend had the gun and a “secret spot” he wanted to show me. There are bears and cougars and mountain lions roaming around and waiting for humans to trespass, thus the need for a bit of protection.

The higher you get in the mountains the thicker the brush and the trees begin to shrink because the weather is often cruel and unforgiving. That day it also felt as if I were leaving one world behind and slowly climbing into another and that was about to become beyond true. It’s a transparent world up there where the harshness of western mountain seasons is impossible to ignore.

I started to feel dizzy the higher we climbed and it wasn’t just because of the altitude. My writer’s brain started to wonder about the people who had first climbed the same mountain, the ranchers who searched for lost sheep and cows, the outlaw who was shot to death after stealing a horse, the woman who had wandered away from a wagon and died near a rock. My mind was ablaze with the scents and scenes of a world that had supposedly disappeared but that I could somehow see and feel- if only in my imagination.

Time suspended itself and I was surprised when my friend finally stopped his horse and told me we had gotten to the secret spot. How long had we been riding? Where were were? I had no idea. When I dismounted he was standing in front of a tree and motioned for me to keep the reins in my hand and walk toward him. I had no expectations about what I was about to see, and to a normal person, it would have been nothing, but to me it was thrilling.

My friend showed me a tree where he had discovered the names of several men and the dates they had tree carved their lasting messages into it. I can’t remember the names but the dates were all in the 1800’s and when I lifted my hand to touch the carvings I swear I could see them standing by the tree, reins in one hand, knife in the other, making a mark that would one day let someone know they had been there.

To most people this might have been nothing but to me it was a way to touch the past and to do it in a part of the world that was still untouched and exactly the same as it had been 100 years before. I may have wept, I may have been dazed from a lack of oxygen, and I may also be just a crazy writer.

But I swear I can still feel the indentation of those markings and see the rough beards on the faces of the men who appeared to me and the impatient snorting of their tired and thirsty horses.

And now you have a Radish story.

Joy To The World…

Kris is a Cowgirl…

Joy To The World…

Beards, Idiots, Abortion and Other Things… 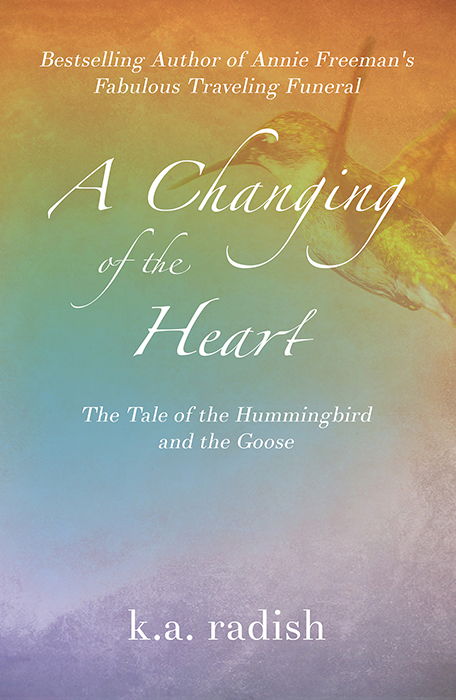